The first phase of the Perry Art Park is complete thanks to the support of many groups, businesses and individuals.

Friends of Perry Park leaders Juliee Beyt and Jessica Winslow hosted a ribbon cutting ceremony on January 15th to introduce the new Perry Art Park, thank all those involved and begin discussion of phase two of the project. 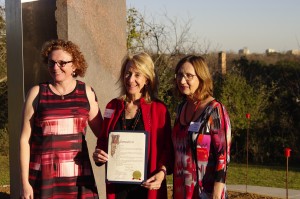 Sheri Gallo delivered a proclamation from the City of Austin recognizing the work of Friends of Perry Park, Austin Parks and Recreation Department, The Contemporary Austin and the Austin Parks Foundation.  Sheri Gallo grew up in the Highland Park neighborhood and her great-grandfather, Edgar H. Perry, donated the land that is now Perry Park.

Thanks go out to the many following supporters:

The community – Sponsorships by Individuals/Families

The community – Sponsorships  by Businesses

And many thanks go out to the volunteers who helped plan, organize, and fundraise for the Perry Art Park along with those who helped build out the plaza. 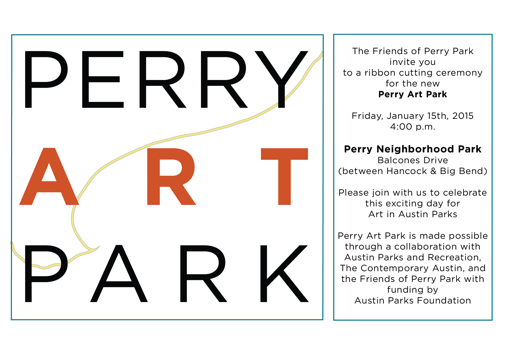 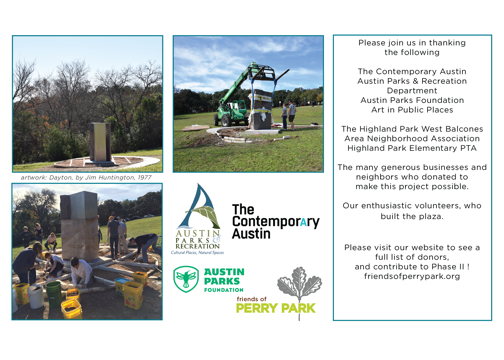